You are here: Home / Uncategorized / When Anxiety Silences a Child

When Anxiety Silences a Child

When Anxiety Silences a Child

FRIDAY, Oct. 23, 2015 (HealthDay News) — It’s a little-known anxiety disorder that renders one in every 150 children speechless in certain situations.

Called “selective mutism,” the inability to speak is not a choice for these youngsters, experts say.

“It’s best described as a phobia of talking,” said Alison Wintgens, an advisor to the Royal College of Speech and Language Therapists in England, and author of a resource manual on the condition.

It’s usually consistent and predictable, with evident panic, stiffness and staring when a child is expected to speak away from their comfort zone, Wintgens explained. In contrast, “shyness is milder and more general, more like being slow to warm up,” she added.

Any child who has selective mutism may be able to speak easily at home, but in other situations will become silent and even appear “frozen” when expected to talk.

According to the Selective Mutism Information and Research Association, symptoms usually start before age 5 but might go unnoticed until a child begins school or starts other activities outside of the family.

“I personally think it’d be better if it were to be called ‘situational mutism,’ ” Wintgens said. It’s called selective, she explained, because that’s medical lingo for “happens only in certain situations.” But the term is problematic because it “still implies choice because of the way we use the word selective in everyday speech.”

Selective mutism is three times more common among children who are bilingual, Wintgens said, and that may be “because they are more hesitant and self-conscious about their talking, and there may be more stresses in their lives.”

In addition to being a barrier to communication, this inability to speak also interferes with a child’s learning, according to the association.

Although the condition may not be familiar to many people, since 1980 it has been included in the standard diagnostic guide that clinicians use to diagnose mental illnesses. The most recent version of that manual classified selective mutism as an anxiety-related condition.

Another feature of selective mutism is that it can “co-occur” with other conditions, such as autism spectrum disorders and other anxiety-related conditions.

How many people have it is tough to pin down, according to Wintgens. “It’s hidden, it’s not permanent, and [it] depends on the criteria used,” she said, and it might be on the increase because of “more stress in life.” Slightly more girls than boys develop the condition, and no one knows how many adults have it, she added.

People don’t just grow out of it, Wintgens said.

“Some of their families or supportive school staff may find [them] a way of getting over it, but others if left [alone] may become very stuck,” she said. “There are huge long-term implications for the child’s well-being socially, psychologically and educationally.”

Early intervention is important, Wintgens said. Interventions should involve the child, parents and the school, with a focus on creating the right environment and moving “in small steps,” she said. Older children and teens may benefit from an incremental exposure program and gaining an understanding about anxiety and facing fears, she added.

What’s crucial, Wintgens said, is to have “a key worker or therapist who understands selective mutism and has a trusting relationship with the child, adolescent or adult” who has the disorder. 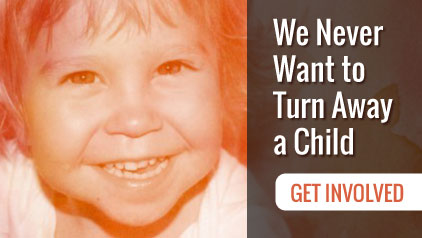 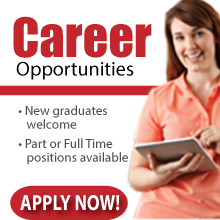 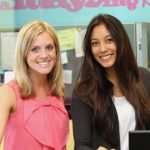 These aMAYZing people are the engine of aMAYZing Kids. They are the visionaries who manifest the legacy of Hailey Mayz in their work with children each day. Leadership Stephanie Coe, OTR/L, SWC, PAM, … END_OF_DOCUMENT_TOKEN_TO_BE_REPLACED 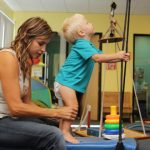